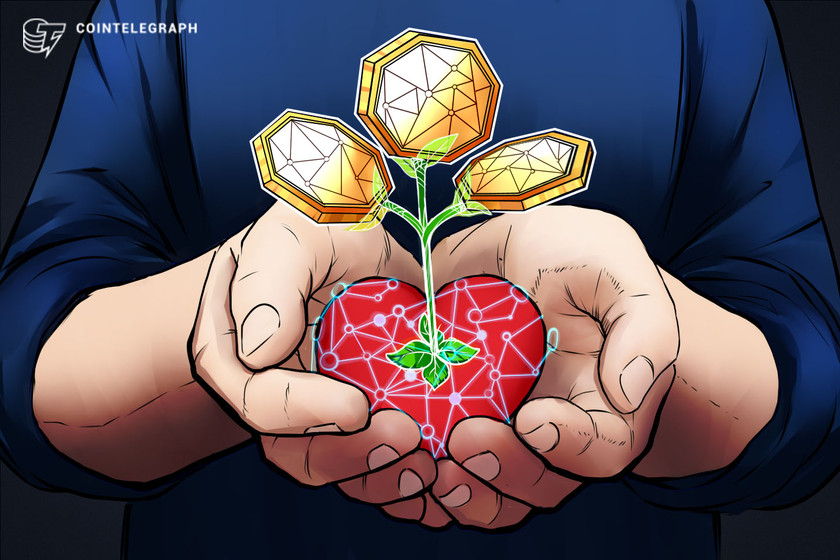 On Thursday, Russia launched a full-scale invasion of Ukraine on multiple fronts, prompting a swift response from the Ukrainian government as it mobilized troops, armed civilians and called upon world leaders to come to its aid.

The same day, the Ministry of Defense of Ukraine began accepting donations for its armed forces by setting up a designated bank account for foreign currency wire transfers. The Ukrainian army cited “numerous requests from individuals and legal entities who are not residents of Ukraine and wish to make donations.” It appears one particular part of the memo caught the attention of social media users:

“National legislation does not allow the Ministry of Defense of Ukraine to use other payment systems (“Webmoney,” “Bitcoin,” “PayPal,” etc.)”

Crypto enthusiasts quickly took to the Ukrainian government’s Twitter account, where the link was posted, to ask for the acceptance of digital currency donations. For example, user TechLeakers wrote: “Get a Bitcoin cryptocurrency address. So it will be accepted globally.” However, some also voiced their concern over the potential of the Ukrainian Armed Forces accepting crypto donations, with MMusikwolf writing:

Do not donate crypto. The value fluctuates too much for it to be useful in this sense. [Fiat] Money has the highest liquidity of any asset and thus can be used fastest.

But others, such as BiggieWhale, quickly pointed out that stablecoin digital currencies such as USDT are pegged to the U.S. dollar and therefore, theoretically, do not suffer the same degree of price volatility. At least one Ukrainian non-government organization, Come Back Alive, currently accepts BTC donations, with the proceeds going to the Ukrainian Army.

crypto donations could be helpful: its really easy, fast, cheap and secure
also consider this method

Due to Russia’s military advance, global assets and foreign exchange prices, including the value of Bitcoin (BTC) and the Ukrainian Hryvnia, are currently experiencing steep selloffs.

FTX CEO Sam Bankman-Fried commented on the issue of currency destabilization in Eastern Europe due to the invasion. In a lengthy Twitter thread, Bankman-Fried wrote: “If you were in Ukraine right now, where would you trust your money?” He also said: “And more importantly, there might be war. That’s really bad for the world. Fuck all this price stuff. Go outside and do something nice for someone.“

According to the Ukrainian government, 40 people have been killed in the first hours of the Russian invasion, with several dozens wounded. In addition to targeting Ukrainian military installations, there have been reports of Russian missiles hitting critical infrastructure, such as airports and civilian establishments.

Footage of the airport bombing in Ivano-Frankivsk. #Ukraine #Russia pic.twitter.com/MLVuNyPItI