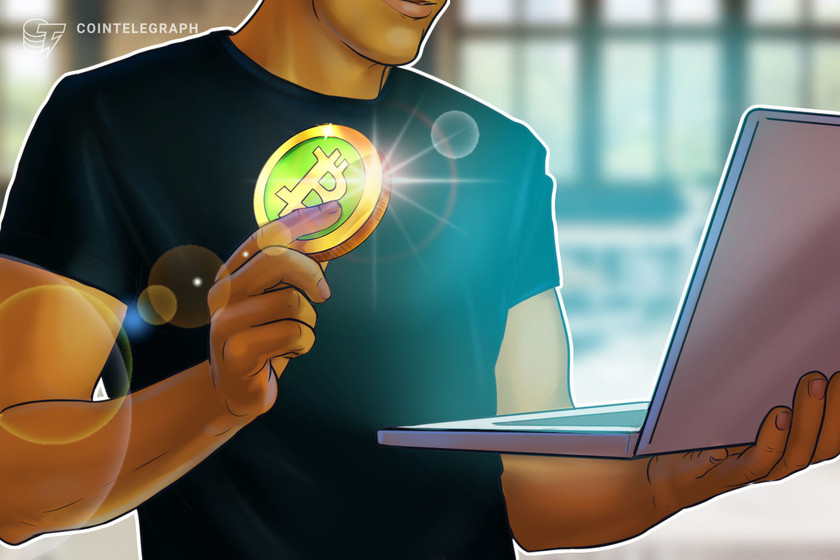 When programmer Jonathan Silverblood flew to Townsville, Australia from his Finland home for a two-and-a-half-month holiday in August, he had one main task — pay for everything he could using Bitcoin Cash (BCH).

The coastal city of Townsville is known as the “Bitcoin Cash City,” a name derived from a conference of the same name that first launched in 2019. It is understood to have a strong number of merchants that accept the Bitcoin-forked token.

Silverblood said while attending the conference in 2019, he was intrigued by the number of merchants and vendors offering BCH as a payment option in Townsville and had planned a return to the city once COVID-19 restrictions were lifted.

I have now been in #Townsville, the #BitcoinCashCity for for 59 days and I have made 97 bitcoin cash transactions to pay for living. That does not include the transactions that the rest of my family have done, and the transactions when I’ve been a guest and someone else paid…

“Going to this destination was entirely about using BCH and was also kind of an excuse to spend more than I usually do, while simultaneously getting more work done by letting family and kids have a vacation with their grandma,” he told Cointelegraph after he returned home from the trip.

“Using it to pay for things while I was there just made sense, partially because I already have my income paid in BCH, and partially because it’s just so much less effort than some of the other forms of payment I use.”

Silverblood is a Bitcoin Cash enthusiast and programmer. He has been working at General Protocols for the last three years where his salary is paid in BCH.

He noted that in the 69 nights he spent in the city, he was ultimately able to conduct 130 transactions using Bitcoin Cash. These included goods and services at cafes, restaurants, and hotels, getting a tooth pulled at a dentist, a haircut, and getting a Steam Deck gaming console repaired.

“Some days were pretty busy; we would buy breakfast, lunch, ice cream, bread and dinner, but sometimes my family wanted to go elsewhere rather than eat at the specific BCH accepting merchants.”

Silverblood also made several payments using BCH that weren’t with businesses in Townsville, including Steam and Netflix gift cards, “plus a few bills back home.”

However, his Bitcoin Cash-funded holiday was not without its hiccups.

Silverblood says his experience using BCH as a payment method was successful but not “wildly successful” because of issues with payment terminals running out of power, WiFi access and some merchants being unable to offer crypto as an option at the time of payment.

“When I got to the airport in Townsville I also wanted to pay for a cab ride to the hotel, but a competing cab company bought up the cab company that took BCH, so that was no longer an option.”

He also found that not all merchants were open to the idea of using BCH because they did not want to “complicate bookkeeping” and “couldn’t stomach the volatility.”

“For most merchants I spoke with during my trip, it seems to just be that the number of customers paying with crypto is just too small to motivate additional staff education costs, additional hardware like WiFi and payment terminals,” Silverblood said.

“Cryptocurrencies are here, and they work, but merchant adoption is slow and spread out, which makes it hard to live entirely off,” he added.

Silverblood said he also didn’t end up buying his plane tickets with BCH, as his family wanted to fly Qatar Airways specifically, which doesn’t currently accept crypto as a payment method.

This is despite the airline launching their own Metaverse in July.

Silverblood and his family have since returned home to Finland, but the programmer is confident this won’t be the last time he will use crypto to pay for goods and services.

… I have now done all of those in the #BitcoinCashCity #Townsville. I am so going to miss this place when I fly home tomorrow.https://t.co/dj2l8TopEp

“I will absolutely try and do something like this again, in just a few weeks, I’m flying over to another Bitcoin Cash hotspot, St Kitts, for the BCH 2022 conference,” he said.

“I don’t know what to expect there though, I’ve heard everything from 100% all merchants accept it, only half do, and merchants will accept it, but you need a special wallet.”

How I Would Learn Day Trading (If I Could Start Over)