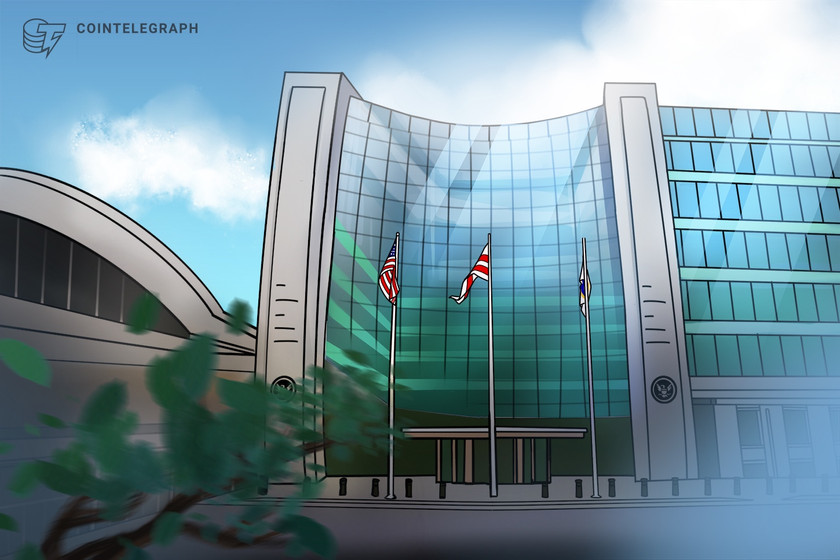 On Jan. 26, the United States Securities and Exchange Commission proposed amendments to Rule 3b-16 under the Exchange Act that lacks any mention of digital assets or decentralized finance, which could adversely affect platforms that facilitate crypto transactions. Some cryptocurrency advocates — including SEC Commissioner Hester Peirce — believe that the commission’s extended definition of an exchange could thrust an entire class of crypto entities under the regulator’s jurisdiction, subjecting them to additional registration and reporting burdens. How real is the threat?

The amendments proposed by the regulator dramatically expand the definition of what an exchange is while eliminating the exemption for systems that merely bring together buyers and sellers of securities while not providing facilities for order execution, which are currently not obliged to register as an Alternative Trading System — a class of trading platform within the SEC’s purview. Furthermore, the proposed rule includes “communication protocol systems” within the scope of the term “exchange.”

What it means in practice is that the SEC is claiming regulatory turf over a broad range of platforms that were previously operating outside of its jurisdiction. A particularly worrying point is that decentralized finance protocols could well fit into the definition of communication protocol systems that bring together “buyers and sellers of securities using trading interest.” The commission, as is well known by now, is keen on characterizing most digital assets as securities.

In a statement that followed the publication of the proposed amendments, SEC chairman Gary Gensler specifically emphasized his support for “the element of this proposal that modernizes the rules related to the definition of an exchange to cover platforms for all kinds of asset classes that bring together buyers and sellers.”

The agency’s rationale for introducing the amendments is that the definition of “exchange” must be updated in light of recent technological developments, most notably digitization of securities marketplaces. The proposal states that the new definition is supposed to be “flexible enough to accommodate the evolving technology.”

The SEC also wants to ensure that new digital players remaining unregulated do not enjoy an unfair competitive advantage over established exchanges that carry the compliance burden.

What does it mean for crypto?

Pro-crypto SEC Commissioner Hester Peirce was among the first opinion leaders to ring the alarm over the proposal. She offered a dissenting statement in which she called the document “too wide-ranging.” In follow-up remarks, she expressed her concern that, given the securities regulator’s recent eagerness to regulate all things crypto, the amendments could potentially reach DeFi protocols.

If the new rules are adopted and DeFi systems end up being treated as exchanges, a host of hard questions would arise, including whether it is even possible for decentralized protocols to comply.

Patrick Daugherty, partner at law firm Foley and Lardner and the leader of its blockchain taskforce, calls the SEC’s initiative a “stealth rulemaking proposal,” agreeing with Commissioner Peirce on its potential to be used in targeting crypto industry players. Daugherty commented to Cointelegraph:

It’s a ‘stealth’ proposal because the words ‘crypto’ and ‘digital’ do not appear in the SEC’s 654-page release, but the SEC is plainly aiming at systems (both centralized and decentralized) whose protocols aggregate indications of interest for buying and selling crypto assets, which its chair and its Division of Enforcement (not necessarily federal judges or juries) are eager to classify as ‘securities’ exchanges.

Daugherty further added that, as an alternative to registering as an exchange, a communication protocol system could theoretically register as a “slightly-less-regulated” Alternative Trading System and also register as a broker-dealer. Recalling his own experience of facilitating such a registration for a digital asset platform, Daugherty said that it is “less arduous than full ‘exchange’ registration, but it is labor-intensive nonetheless and entails on-going compliance burdens and expense.”

As a silver lining, what the proposed regulations do not cover are mere speech or mere securities issuance. Entities that only issue securities or act as information conduits, such as software developers that enable price displays, will not fall under the extended definition of an exchange.

The rule change, at least formally, is not a matter of course: The released document calls for public comment on the proposed amendments. However, what makes most crypto advocates uneasy is the egregiously short comment period, which Daugherty called “undue haste.” Thirty days is simply not enough time to formulate a thoughtful response to a wide-ranging, 654-page proposal. Some observers were quick to ascribe the procedural rush to the SEC’s drive to bend the digital asset space within its purview as soon as possible.

While it might be a cold comfort for the crypto folk, the commission’s strategy of cutting the public comment period down is not exclusive to rule changes related to digital assets. A recent study by libertarian think tank Cato Institute found that Gensler’s SEC consistently designates comment periods shorter than the standard 60 days. Furthermore, these periods overlapped with major public holidays on most occasions. This trend stands in stark contrast with the agency’s modus operandi under the previous chairman, Jay Clayton.

Regardless of whether the regulator is intentionally seeking to limit the industry’s capacity to weigh in on the matter, it is certain that the controversial proposal will receive significant pushback from crypto stakeholders and advocates.

Ethereum Will Change EVERYTHING! Raoul Pal explains the Metaverse, Ethereum and Facebook